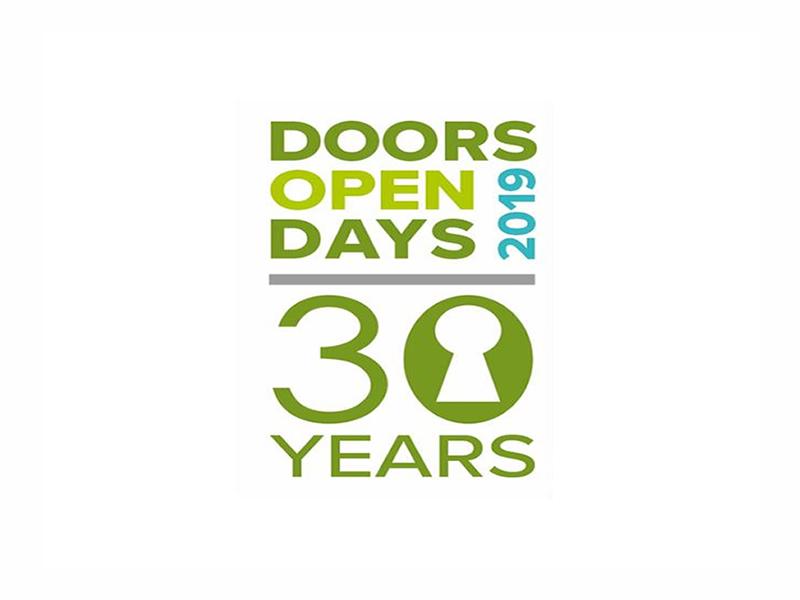 Doors Open Days is Scotland’s largest free festival that celebrates heritage and the built environment. It offers free access to over a thousand venues across the country throughout September, every year.

The aim of Doors Open Days is to ensure that Scotland’s built heritage, new and old, is made accessible to people living and visiting the country on weekends in September.

Information about the national programme, including event listings, can be found at www.doorsopendays.org.uk.

Callendar House Archives
In the west wing of Callendar House lies the Searchroom for Falkirk Archives, containing collections relating to the Falkirk area and its people.

It is located in the oldest part of the house. When the Forbes family was in residence it was used as a library whilst the adjacent archival storage area was a ladies’ parlour. The current design of the library dates from 1830 and was created by David Hamilton, who also designed the Steeple and Larbert Church. It has original oak panelled walls with an elegant barrel-vaulted ceiling. The wood is said to be from the family estates in the south of Scotland. A large mirror at one end reflects the repeated rectangular shapes of the bronze screens and coffering of the ceiling, thereby exaggerating the length of the narrow room. The room is north facing which helps to keep the contents cool, both in Forbes’ time and ours, as well as contributing to the visual mood of the room.

This special weekend opening of Falkirk Archives also opens up a lesser known aspect of archival collecting - displaying material one might not expect to find in an archive such as sound and film recordings. This was highlighted by a recent BBC documentary on the BA Cowboys!

Callendar House is open free throughout the year and has permanent displays of Roman material, as well as a large late 18th century kitchen and beautiful grounds.

Kinneil House
Set within a carefully designed park landscape Kinneil House or Palace was built for James Hamilton the second Earl of Arran when he was the Protector and Governor of Scotland from 1542 to 1554 during the minority of Mary, Queen of Scots. For a few short years it was the seat of Scottish government.

It still houses the best 16th and 17th century murals in Scotland. The bed chamber is now known as the Arbour room and the painting is full of foliage, scrolls and animals. This was later painted over in imitation of wainscoting and a coffered ceiling containing the 1621 coat of arms of Arran. The withdrawing chamber has a number of biblical scenes on the walls, notably the Good Samaritan.

In 1677 Anne Duchess of Hamilton began a programme of renovation, producing the house and grounds as they appear today. By the late 18th century the house was being let. Inventor, industrialist and part-founder of Carron Company Dr John Roebuck lived here 1764-94. Dugald Stewart the philosopher was the last tenant 1809-1828.

The grounds are also the setting for events connected with Roman Week, which runs in September. The Antonine Wall runs close to the House and the remains of a Roman fortlet can be seen. There is also a 12th century church. Kinneil Museum, located in the old coachhouse, is open from 12.00-4.00pm.

Nearby is the workshop in which James Watt experimented on the separate condenser in 1768 and this will feature in the guided tours.

St Andrew's West Church:
This tall red sandstone building with its 130ft tall spire dominates Newmarket Street. The use of red-snecked rubble makes it stand out from the neighbouring buildings. Above the entrance is a fine Burning Bush sculpture. The foundation stone for Falkirk Free Church was laid on 15th September 1894, and in January 1896 it opened at a total cost of £8,100. It was designed by James Strang in the mid-pointed Gothic style.

The inside was refurbished last year and is now bright and clean. Colourful stained glass in a variety of styles fills the ground floor windows. It includes the figure of St Modan – the patron saint of the town – and the town’s coat of arms and motto, ”BETTER MEDDLE WI THE DEIL THAN THE BAIRNS O FALKIRK”. These are also to be found on the Burgh Buildings. On the window the lion has changed colour to yellow!

The congregation’s war memorial is on the organ casing, and the roll of honour is in the main stair.

While we take every opportunity to ensure the details for Doors Open Days Falkirk are accurate, we always advise that you contact the event organiser before setting out for the event to avoid disapointment. All information (whether in text or photographs) is given in good faith but should not be relied upon as being a statement of representation or fact.

Find out more about ponds for wildlife at this online event hosted by Froglife's Pond Doctor and the Come Forth for Wildlife project.
Read more

Wallace Nature Club by Under The Trees

The Wallace Nature Club is run by local charity 'Under The Trees' and gives your child the opportunity for lots of outdoor fun as they learn about the natural environment on The Abbey Craig!
Read more

Outdoors and socially distanced. It’s time for theatre to come back and Rubber Chicken Theatre will be performing 'Into the Woods' on Holmehill in Dunblane from 26th to 29th August!
Read more

Join Angelique Richards, from Invest in Plants and learn what can be mindfully foraged, plant identification tips and recipes at this online event run by Transition Stirling!
Read more

Come and join us at Stirling Distillery for a cocktail masterclass and enjoy a fun-filled night of creating and drinking!
Read more

It's the 25th Anniversary of Braveheart. Join us for an online presentation by three distinguished speakers who will provide an insight into the character of Sir William Wallace and the film!
Read more

Sign up now for Cancer Research UK Race for Life 5K and 10k in Stirling on 10th May and raise valuable funds for life-saving research.
Read more

Shapes at the Jail

SHAPES is taking over Stirling's Old Town Jail in May for the third installment, bringing a unique excitement and buzz to Stirlings iconic old town!
Read more

Learn the basics of painting portraits, including proportion, mixing skin tones, and layering acrylic paint in this workshop on 15th August at Made in Stirling!

Central Scotland’s first, biggest and best Gin Festival is returning for it's 7th year and held again at The Golden Lion Hotel on 7th November!

Shop from the best in Scottish Crafts and support your local makers at The Crafters Roadshow at The Thistles, Stirling.

Join STEP Scotland and the FSB for an inspiring and eye-opening discussion that will challenge the outdated ideas of ‘business as usual.'