WINNER OF £20,000 PRIZE AND COVETED TITLE WILL BE ANNOUNCED VIA DIGITAL BROADCAST ON 29TH OCTOBER

The SAY Award ceremony traditionally provides a showcasing opportunity for some of Scotland’s most exciting emerging artists. The artists chosen to showcase usually perform to an invited audience of over 800 guests, made up of artists, industry professionals and press and media from across the UK. This year, broadcasting as a YouTube Premiere from 7pm on 29th October, fans from across the world are invited to tune in to discover their new favourite act, as well as find out who will collect one of the most lucrative prize funds in the UK as the Scottish Album of the Year winner is announced, collecting £20,000 along with the coveted title.

With this year’s SAY Award campaign going digital for the first time ever due to the current COVID-19 pandemic, fans around the world now have the chance to be front-row at the traditionally industry-only exclusive final award ceremony, broadcasting as a YouTube Premiere. Set to be an outstanding celebration of the country’s flourishing and diverse music scene, Glasgow based synth-pop purveyors of feelgood sad songs Happy Spendy will perform on the night, having released their brand new compilation album ‘You’re Doing Okay’ in June this year, which received support from the likes of BBC Radio 6 Music and BBC Radio Scotland. They will be joined by songwriter and soundsmith Kapil Seshasayee who combines electronica flourishes with Indian Classical guitar, stunning vocals and unorthodox instrumentation to create some of Scotland’s most exciting new sounds, hailed by the likes of VICE and Pitchfork. Glasgow five-piece VLURE also join the line-up, with synth laden hooks and club influenced rhythm twisting around emotionally confronting lyrics, the band create an intense, life affirming live show which will be extremely welcome in a year sorely missing live performances. Singer-songwriter Zoe Graham completes The SAY Award ceremony line-up, perfecting her knack for refining universal emotions into electronic pop and having just released her new EP ‘Gradual Move’ last month, Zoe is a true star on the rise.

One artist and their album will then be crowned the Scottish Album of the Year, in turn collecting £20,000 – one of the most lucrative prize funds in the UK – and a bespoke physical award, created by Glasgow based designer and architect Rekha Barry.

This year’s Shortlist of ten includes a record-breaking eight debut albums; a first in the history of the award. The 10 Shortlisted albums in the running for the Scottish Album of the Year Award title are:

2020’s Shortlist provides a snapshot of the strength and diversity of Scotland’s music scene, spanning a range of genres and styles to celebrate the country’s most outstanding albums, and the incredible network of people who created them. Each Shortlisted album has won a guaranteed minimum prize of £1,000, and will receive an exclusively designed art prize.

In a special one off series to celebrate the Shortlist, The SAY Award have teamed up with Tim Burgess’ Twitter Listening Parties to bring music fans together to discover their new favourite Scottish album each evening from 26th - 28th October, prior to the winner announcement on Thursday 29th October. Timings for The SAY Award special #TimsTwitterListeningParty can be found on timstwitterlisteningparty.com

For 2020’s SAY Award, a record-breaking 362 eligible album submissions were narrowed down to the 20-strong Longlist by 100 impartial nominators; representing a variety of genres including jazz, classical, hip-hop, pop, trad folk, rock, electronic, indie and many more. The Longlist has now been whittled down to a Shortlist of just 10 albums, with the final winner chosen by the esteemed Judging Panel.

Forth Valley Food Festival provided a welcome boost for local food and drink businesses during the school October break.

Some of the top names in Scottish hospitality have launched a new ‘Save Our Jobs’ campaign calling for urgent support from Westminster and Holyrood to safeguard up to 100,000 jobs.

Children's Classic Concerts in collaboration with the Royal Scottish National Orchestra have created an innovative Halloween production that embraces the challenges faced by the cultural sector.

Historic Environment Scotland has published its 6-month Action Plan until March 2021 and sets out how it will prioritise and continue to resume its core activities over the next six months.

Macdonald Resorts is seeing a marked increase in demand for its self-catering accommodation, as people opt for safe staycations within their family bubbles.

Hogmanay celebrations in Stirling will go digital this year

Stirling’s Hogmanay celebrations will go digital this year, offering online entertainment and a midnight fireworks display to mark the start of the New Year.

Lament for Sheku Bayoh will be performed by Saskia Ashdown, Patricia Panther, and Courtney Stoddart and will also feature music from Beldina Odenyo, AKA Heir of the Cursed.

Tickets for the 2021 Royal Edinburgh Military Tattoo go on sale on Monday 19th October. The announcement comes as Michael Braithwaite is appointed as the Tattoo’s new Creative Director.

Escape to Vue this half term for family fun

Vue has a fantastic array of new films and classic family blockbusters on this half term, with all sites across Scotland open daily.

Who Wants To Be A Millionaire: Applications Open!

Who Wants To Be A Millionaire is now casting for the next series and searching for Britain’s brightest brains to take part.

First Round of Arts Grants Awarded

Three local creative projects have benefitted from the first round of a new grants scheme aimed at reinvigorating and supporting arts and culture in Stirlingshire.

Dobbies and the HTA urge people to Keep Britain Growing

Dobbies Garden Centres has welcomed the HTA horticultural manager, Pippa Greenwood, as the latest guest on their podcast as they support the #KeepBritainGrowing campaign.

Two independent Scottish brands have teamed up to challenge you to drink better this Sober October, while raising funds for MacMillan Cancer Support.

From home delivery services and takeaways to online drink deliveries, help support these hospitality businesses as they try and stay afloat!

The Shortlist for this year’s Scottish Album of the Year (SAY) Award has been officially revealed, with Scotland’s 10 most outstanding albums of the last year announced.

Give a Dog a Bone, the award-winning charity which tackles loneliness and isolation in the community, is reopening its doors in Alloa later this month.

A new training schedule offering more than 20 online courses to Stirling’s business community has been launched by Go Forth Stirling.

Historic Environment Scotland launches a new £2.6 million fund to support the recovery of Scotland’s historic environment sector from the impacts of COVID-19.

The story of Greta Thunberg is coming to Vue Cinemas

This October, the story of world-famous teenage climate activist, Greta Thunberg, is coming to Vue Cinemas.

Nothing to see here as Tennents Zero arrives on the market

Tennent's has announced the launch of Tennent's Zero, a refreshing 0.0% beer.

Scotland’s national music prize, the Scottish Album of the Year (SAY) Award, is set to open voting to the public, plus the 2020’s Judging Panel is revealed.

Santa will be video calling children across the UK this festive season - as the Coronavirus pandemic forces many venues to ditch the traditional grotto.

Eat Out to help October

Scotland's leading suppliers and restaurants unite to support the hospitality industry by launching 'Eat Out to help October'!

Stirling’s Business Improvement District (BID) has cut this year’s levy payment by half to help companies hit by the Covid-19 crisis.

Forth Environment Link is set to launch a free roadside bike repair service for NHS key workers to encourage them to keep on cycling to work during the coronavirus pandemic.

Dobbies Garden Centres is raising vital funds for Macmillan's Coffee Morning this week, by hosting its own 'Raise a Cup' event at their Scottish stores! 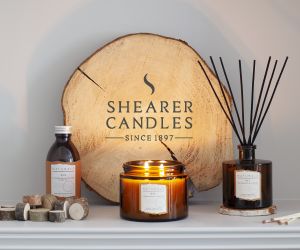 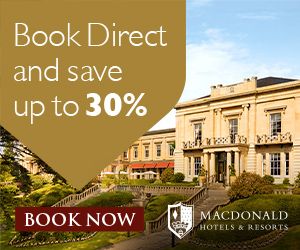 Christmas Lockdown Drive-In is coming to Falkirk! Have a fun filled night and help make a difference to sick children across Scotland.

Hocus Pocus on the Hill

Hocus Pocus on the Hill is an illuminated trail around the beautiful Holmehill in Dunblane, featuring lights, music, dance and even some high flying aerial performance in amongst the trees.

Come along to the Battle of Bannockburn for our Halloween Spooktacular. Make your way through the spooky woodland trail, solve the riddles and collect your treat!