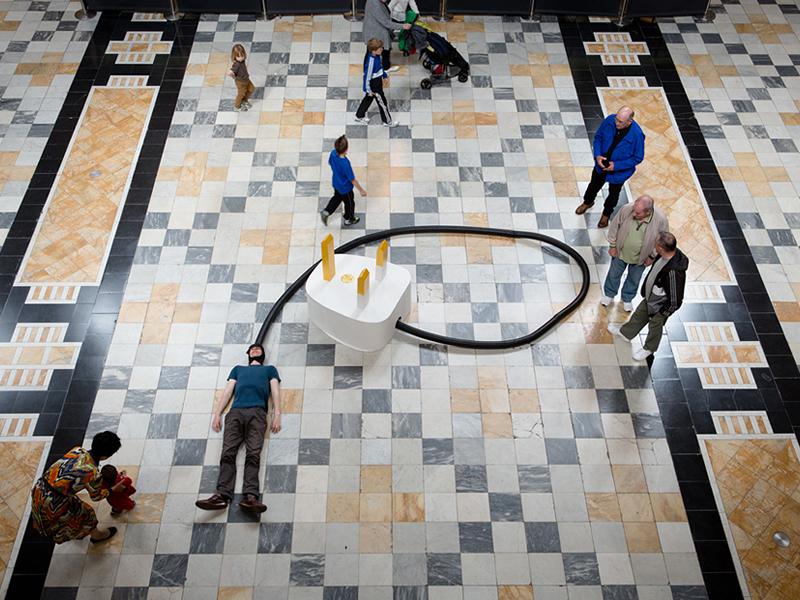 The creative cohort will work together on a joint Stirling based project, combining their artistic talents to create a series of connected and collaborative artworks that inspire climate action ahead of COP26.

By working together, the cohort hopes to provide some fresh perspectives on climate change. Sean said: "The climate crisis is an issue that is hard to encounter, often making us feel overwhelmed and a little helpless. Our hope is that this project will explore and provide new ways to look at and consider the issue of climate change, and that some of these new viewpoints may hold the promise of possibility and action.”

Kate added: “At this time, when the emerging climate crisis is being urgently debated, it couldn’t be more important for artists’ voices and visions to be taken into account. Climate change is a terrible prospect. Collaboration can be a wonderful thing. I’m just so pleased to be given the chance to add my older woman’s voice to the mix.”

The cohort plan to develop a ‘Creative Ecosystem’ in the run up to COP26. A space where they will create, enact and display works of art from performances and poetry to sound works and screenings. They’ll also highlight the climate crisis from multiple perspectives through collaborative workshops.

Kevin Harrison, Manager of Scene Stirling said: “The arts have an important role to play in challenging, informing and engaging audiences in conversations about climate change. This is our first major collaborative commission and we’re excited to see how the artists collectively respond to one of the biggest issues currently facing our planet.”

• Ojo Taiye is a young Nigerian artist who uses poetry as a tool to hide his frustration with society. He aims to amplify the experiences of minorities, creating greater awareness of the issues they face with regards to climate change, sustainability and social justice.

• David Sherry is a Northern Irish artist, best known for his performance art. He uses humour and familiar experiences to connect with audiences and is interested in the conflict of interests around climate change and the capitalist mind set.

• Sean Hall is a Stirling based filmmaker interested in exploring how film can help us encounter ideas and feelings which often defy language and are not easily pinned down. He hopes to unearth new ways to look at climate change, a subject which he believes is often difficult to take in all at once.

• Kate Clayton is a Glasgow-based performance artist who practices under the banner of ‘Not Dead Yet.’ The main focus of her work is the visibility of older women, particularly the over-60s. In her experience, every collaboration presents different challenges and opportunities, a situation she embraces.

• Rory Green is an electronic musician and sound artist from Glasgow interested in creating sounds with multiple layers of interpretation. He’ll employ his talents to create experimental, ambient music to accompany and magnify the project’s final artworks.