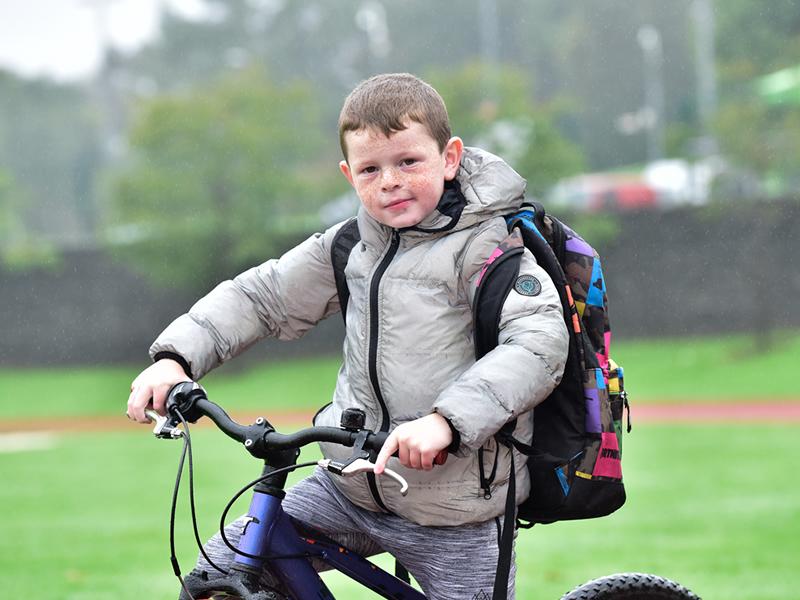 Any child attending a primary school in the Lornshill Academy catchment area will be eligible to take part in Forth Environment Link’s new ‘Bike Buddies’ scheme, funded by the Scottish Government.

The charity’s Active Travel Development Manager Shirley Paterson said: “This new initiative is aimed at giving young people the biking confidence and competence to make cycling part of their everyday lives as they transition to secondary school.

“The final years of primary school are an important time for establishing healthy behaviours that have the potential to last into secondary school and beyond, boosting the wellbeing of our young people in the long term.”

The Bike Buddies pilot will be run by Forth Environment Link in conjunction with Clackmannanshire Council, Recyke-a-Bike and Active Clacks. The roll out will also be supported by local community groups and out of school holiday clubs.

Councillor Graham Lindsay, Clackmannanshire Council’s Spokesperson for Education added: “I’m absolutely delighted to see Clackmannanshire schools involved in this pilot programme. This will build on the work the Council has already done to make active travel a safe and easy option for our young people.

“Last year we constructed two new paths around Lornshill as part of our work to encourage active and healthy lives, and I hope that pupils who will be moving on to secondary school will take advantage of the Bike Buddies project and improve their confidence on bikes.”

The new scheme was launched at Lornshill Academy Tuesday 12 October, with mountain bikes, adaptive bikes and a pump track available for families to try.

Lee Craigie, Active Nation Commissioner for Scotland, was on hand at the launch to share her top tips with youngsters looking to walk and cycle more.
Lee said: “When I was growing up my bike was my single most important possession. It gave me freedom to explore and confidence in my own physicality. It helped nurture friendships and opened up possibilities for connection with nature. But I was lucky. Not all children grow up with access to a bike and with someone willing to teach them how and where to ride it. Bike Buddies is an invaluable project that will ensure more children are given equal opportunities to weave all the benefits that bike riding can bring into their futures.”