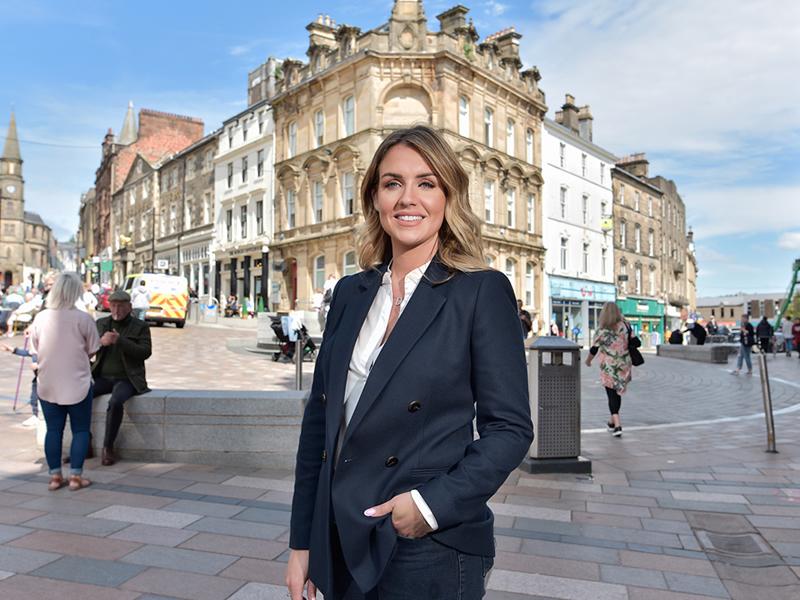 NEW SCHEME WILL OFFER A ‘SAFE HAVEN’ ON STIRLING’S STREETS

Following a successful pilot, the new scheme - which provides a safe environment for anyone visiting the city at night - will be available this weekend.
The Safebase team will be on hand to provide support and assistance on Friday and Saturday night (September 17 and 18) as students return to Stirling following the summer break.

The project, supported by Go Forth Stirling, the Scottish Ambulance Service, Police Scotland and other agencies, includes volunteer-led first aid patrols and a safe area for people to shelter if they have been stranded due to injury, incapacity or missing transport home.

Stirling Street Pastors will also be patrolling city centre streets to offer help and provide a vital service by looking out for anyone who finds themselves in a vulnerable situation during their night out.

Richard Mclennan, chair of Safebase Scotland, said: “Our aim is to create a safer experience for people who are out enjoying Stirling’s night-time economy.

“Our team can help with a variety of situations – for example if people are lost or need help to find a taxi home.

“They can carry out first aid which minimises the need for ambulances to come into the city centre and means that injured people may not need to visit A&E.

“We can also provide mental health support by giving people the space to come and chat for a while and we have somewhere safe for individuals to wait while we help them organise transport if they’ve missed the last bus home.

“It’s very much a partnership initiative with everyone working together to triage and resolve situations with the shared goal of making Stirling a safer place.”

Safebase will operate between 10pm and 3am on Friday/Saturday and Saturday/Sunday with the ‘safe haven’ located at the Service Entrance of the Thistles on Goosecroft Road.

“Being part of this scheme illustrates how Go Forth can solidify partnerships which work for the benefit of Stirling.

“Working with the police, public sector and voluntary organisations creates a safer and stronger city centre and helps us ensure that, as our night-time economy reopens and students return to Stirling, everyone has an enjoyable experience.

“It also means we can minimise anti-social behaviour and ensure community safety
is promoted.

“Safebase is staffed by individuals from various community partner agencies, and after a successful pilot, the scheme can only grow and continue to demonstrate a positive approach to partnership working for the benefit of Stirling and its patrons.”

The provision of Safebase is expected to lead to a reduced number of crime reports raised; reassurance around the fear of crime; the delivery of safer communities and better public order.

And the scheme will provide several services to the city’s residents and visitors including a safe, warm base to shelter, trained staff, first aiders and information about transport, safety and harm minimisation.

Safebase is linked directly to licensed venues and police via the Radio Link scheme and the team can access an emergency response when required.

Following this weekend’s operations, the project is due to return at Hallowe’en and during the festive season running up to Christmas and New Year.