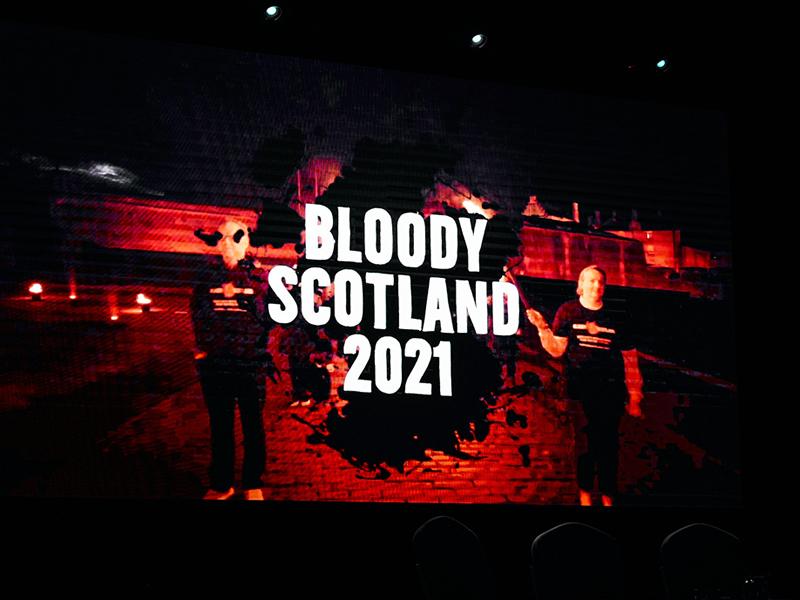 'Congratulations on keeping Bloody Scotland going the last two years. It's been so important to do so.' - Lee Child

Crime writer, Craig Sisterson, quoting his six-year old daughter, described himself as ‘nerv-cited’ at the prospect of heading to Bloody Scotland International Crime Writing Festival in Stirling this weekend.

It’s an emotion many people shared - nervous about meeting people at a festival for the first time in two years, nervous about the amount of technology and live streaming. However, by the time the Fun-Lovin’ Crime Writers came on stage at 10pm on Friday night with 2 digital events, 2 live ones and 2 hybrids successfully concluded the only emotion was excitement. The band could barely contain their delight at being on stage together for the first time in two years and their enthusiasm was infectious, the Albert Halls was jumping.

The next day the Festival resumed its usual buzz with authors and publishers alike bustling into the green room to pick up bags and wave a cheery goodbye or to pick up passes ‘nerv-cited’ about what was ahead. The Golden Lion Hotel, the hub for Bloody Scotland for the last five years pulled out the stops to welcome the Festival back with crime inspired cocktails and menus.

The only Covid casualty of the weekend was the annual Crime Writers Football Match which normally takes place on Cowan’s Lawn on Saturday afternoon, but it didn’t stop the crime writers playing football and on Sunday a team made up of the Fun-Lovin’ Crime Writers headed to Edinburgh to represent crime fiction at the Homeless World Cup of which Val McDermid is a patron.

Highlight of the weekend was undoubtedly Stephen King in conversation with Linwood Barclay which was streamed live into the Albert Halls with Craig Robertson as the on-stage compere with a combined audience of over 700. Thankfully the event went without a hitch and one crime writer can hold bragging rights for the rest of his life as Stephen King opened proceedings holding up a copy of Want You Gone by Chris Brookmyre. Chris who has been at every Bloody Scotland festival since inception said:

‘This has felt like one of the most special Bloody Scotland’s certainly the most emotional. Everybody just seems so grateful to be participating in a festival again and there’s an unprecedented level of excitement about it. In short, it’s great to be back.’

A hybrid festival obviously doesn’t come without hitches and one of the more dramatic ones was a problem connecting Kathy Reichs’ by live link on Friday evening. Crime writer and co-founder of the Festival, Alex Grey, proved herself to be the unexpected star of the show when she effortlessly filled what could have been 40 awkward minutes.

Real-life events which had some of the best audience reactions were Ian Rankin talking about the book he had completed for William McIlvanney and Val McDermid in conversation with Abir Mukherjee who revealed that when his mum invited her for a curry, she was disappointed to realise it wasn’t Val Doonican. A digital only event carried over from last year was the Never-Ending panel, this year featuring an A-Z of writers from around the globe.

As ever the Festival was brimming with aspiring and debut writers, the Pitch Perfect panel took place on-line this year but the ‘Spotlighters’ the new crime writers who appear on stage in front of the biggest acts in the Albert Halls were wildly enthusiastic, the highlight being Tina Baker who took her support role seriously when she dressed as a bee ahead of The Killer Bs event starring Chris Brookmyre and Mark Billingham. This year there was a Debut Panel for the first time featuring all the authors shortlisted for the Bloody Scotland Debut Crime Book of the Year Award and Alex Gray’s New Crimes panel was one of the most well attended events in the Ballroom.

‘I’ve been bowled over by the kindness and generosity of the crime writing (and reading) community. In the wake of the pandemic, it’s been fantastic to witness an obviously undiminished enthusiasm for the genre, and a richer-than-ever seam of dark creativity. I will definitely be back’

The Bloody Scotland International Crime Writing Festival closed on a high with some incredibly high-profile names in quick succession and finished later than usual at 8pm on Sunday night leaving the team exhausted but exhilarated.

‘In all my years of organising and attending book festivals, this was the one where I genuinely didn’t know what to expect and then the authors turned up, the sun came out, the audiences laughed and applauded and suddenly I was right in the middle of a Bloody Scotland that can hold its head up with all that have gone before. It really was good to be back!’

Nearly all the events will be available on catch up at www.bloodyscotland.com until 30 September so there is still time to immerse yourself in the Bloody Scotland experience. Dates for next year are today revealed to be 16-18 September 2022 when the Festival will officially be celebrating its 10th Anniversary with an even more spectacular festival. 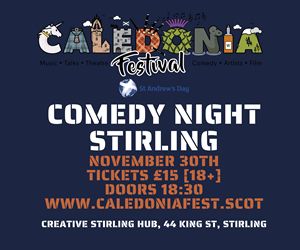